From the Island of Misfit Story Ideas: Universal Story Translator

(This is the first in a series of posts on misfit ideas for helping people work with stories. I think they have potential, but they have not yet found anyone who wants to fund their completion. I'm posting them here to see if they can find good homes with people who need them.)

The idea of a universal story translator came about around 1999 when I was at IBM Research working with John C. Thomas. It wasn't any one person's idea but arose in conversation, as far as I recall. The question we posed then was:

What would make any story, told anywhere, at any time, understandable to anyone else, anywhere and at any time? 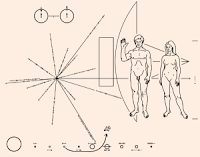 The idea links in my mind to four things:

In each of these cases context annotates content so that the content can be better understood. The first is minimal; the second fanciful; the third a near failure; and the fourth only a partial success. The reason this matters is that, as I said back in the first of my eight observation posts, most projects that involve helping people work with stories involve the paradoxical elements of narrative compression (which requires context trimming) and narrative distance (which requires context for translation). Manipulating the interplay and tension between compression and distance is important to maximizing the utility of story projects.

This is the sort of thing I'm talking about: on this site, the students of Copper Giloth at the University of Massachusetts at Amherst have created traditional and modern versions of many of Aesop's fables, exchanging the troubles of foxes and birds for the dilemmas of today's young people. The fox invites the stork to a baseball game; belling the cat is starting a neighborhood watch; sour grapes are a potential girlfriend. This is a perfect example of narrative translation and shows the potential of the idea, which could go much further.

Consider for example the division between city residents, usually immigrants, who butcher livestock in their back yards and residents who have their butchering done by others in remote locations. Each has a story to tell, but important elements of context are left behind, and the gaps are filled by assumptions on each side.

Our original work on this idea revolved around tools that might give people easier ways to annotate and view stories with contextual information added, to make what is unsaid in the story explicit. At the time I built a very simple Flash prototype to play with the ideas, which simply displayed some "canned" contextual notes I had added to a fable from Aesop. I've tried to duplicate it here using the "title" attributes of links. The links go right back to this post, so don't click on them, but if you hover over them you should be able to read the annotations.

A shepherd once found the whelp of a Wolf and brought it up, and after a while taught it to steal lambs from the neighboring flocks. The Wolf, having shown himself an apt pupil, said to the Shepherd, "Since you have taught me to steal, you must keep a sharp lookout, or you will lose some of your own flock."

From playing with this idea I learned a few things.

If the idea of a universal story translator was to be made fully real, it would be a set of ideas and techniques people would use for several context-requiring purposes, including:

Software tools could embody understandings and social cues about story context annotation for translation and sensemaking. But my feeling is that people are so overwhelmed with helpful tools that they can't keep up with the scaffolding they have already. My rating of what would be useful in this area is techniques first, habits second, and software tools a distant third. Group exercises that more explicitly address drawing out context for translation might be a helpful addition to the body of techniques for narrative sensemaking. For example, perhaps two groups with different backgrounds could come together and pick apart each others' stories, asking questions like, "Why do you say he is an outcast?" and so on. This could be revealing for both groups and for the combined community.

Without full realization of this idea, whether in tools or techniques, how could you use it today in your work with stories?

First, just try out the idea of context annotation, by yourself or in a group. Take a story you know well -- a favorite folk tale, something from your childhood, the story of your wedding -- and pretend you are telling it in the year 1200, or on the planet OOpahN, or in an ant colony. Explain everything, the way you did when "explicating" poems in English class. If you can get some naive outsider to help, that's even better. Why do people throw rice at weddings? (Or why don't they anymore?) Why do little pigs go out into the world and build houses? Why do wolves blow houses down? And so on. It's a great way to understand more of what is riding along unstated in a familiar story. Sometimes you can come up with some amazing insights that open your eyes to what is in plain sight.

I've been doing this a lot lately because my son loves to have long conversations with every character we read about. Lately Gulliver (he of the Travels) has been asking a lot of questions about the crazy things we do every day, like put our dishes into a box and talk into a stick and poke our fingers into boxes of little marked buttons. (He knows a lot more than we do about leeches, though.) Kids are in fact great helpers when it comes to bringing unspoken context out into the open. Tell a kid your story and ask them if they have any questions; you may be surprised by what you didn't tell them.

For eliciting stories, think about possible areas of context: character, plot, setting, conflict, subtlety, subtext, for example. Look at any book on narrative form to find areas you can think about. Then during interviews or when planning story collection forms, ask follow-up questions that fill in any annotation gaps you see. Pretend to be ignorant about the subject you are asking about, even if you are not. Think what people will need to understand it. If you do this well, you will not annoy your storytellers, because they will gain their own insights during the process. Make the storytelling a sensemaking session for them, and you'll get better stories as well.

For facilitating narrative sensemaking, think about the needs of the group in question and what areas of narrative context might be useful to bring out. For example, if the subject matter is full of taboo topics, help people bring out story subtexts. If people need to think about players in a situation, ask them to annotate elements of character. Plot elements can be useful if you want to help people think about knowledge use or decision making. One way to do this is to ask people to write out a story on pieces of paper, one word at a time (leaving out "a" and so on), and then think of what they would need to add to each word to make the story fully intelligible to someone from a century ago, or from another profession, or from another country, or anything that will draw out detail. Going through this process will not only help people surface issues they have not noticed; it will also bring out taboo topics with an excuse that allows them to be more freely talked about.

So in coming back to this idea, I'm not sure a fully universal story translator has any real utility, because the boundaries around human groups do have beneficial uses. But there are times when bridging boundaries has great utility in context, and for that this idea can come into useful play.

Cynthia, this reminds me of a recent experience. My sons asked me to read them some of "the Odyssey" after we had gotten to talking about the Trojan War and what happened after.

Reading the real poem, in verse, I realized that the poetic language, mythical allusions, etc., were way way over their head, even if they understood most/all of the actual words.

So I found myself reading a few lines, then saying, "OK, the Cyclops is a son of Poseidon, so it's going to be difficult for them to escape via water, but that's the only way for them to leave. So, Odysseus is likely to find more trouble."

I was annotating like this every few lines. I think the kids got it, but it amazed me how much of the meaning was between the lines or connected in some fashion to the mythology, history and way of life of ancient Greece.

Yeah, that's exactly what I was talking about, and the greatest thing is that you and they probably learned something not only about ancient Greece but about OUR time and culture as well.